One of the first romances I ever read, one of the first books that got me into romance and even into reading was Maybe Someday. That’s one of the reasons why I hold Colleen’s books so close to heart, her books have never let me down- if anything they only seem to get better and better. I haven’t reviewed most of her books because some of them I read before I started the blog and some of them because I just never found the words. Anyway, here are some of my all time favorite books by one of my favorite author. 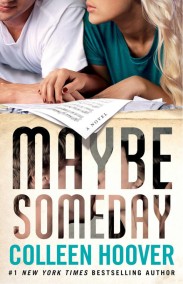 2014, and after that I’ve read hundreds of romances but somehow Ridge is still #1 on my list of bookish boyfriends and his name just causes my heart to flutter. This book is like one of those songs that’s just so beautiful and deep, and it just makes you want to cry (of course not sad tears).  Sydney and Ridge meet right after Sydney catches her boyfriend cheating on her with her best friend and while Ridge is already in a committed relationship with someone he loves, Maggie. Their friendship evolves through texting each other and seeing each other daily, just siting on their windows (they had apartments facing each others’) while Ridge plays his guitar. Ridge is deaf and so most of their conversations is through text and it somehow made the book more intense.

A novella following Warren and Bridget’s , Ridge and Sydney’s roommates’ story. Theirs is a hate to love relationship and the book is full of surprises and ups and downs. From pissing each other all the time to pranks that just get funnier and weirder by page as Warren tries to warm the always so cold Bridget towards him. There’s lust and passion and just undying chemistry.

If there’s a thing like eternal love or soul mates, Sky and Holder are that. Their story is just all kinds of screwed up but also all kinds of lovely and beautiful. It’s a tragic romance , something so raw and unforgiving but just pure in a sense. There’s drama but not the cheap kind of drama and Sky and Holder are just perfect- as a couple and as friends, like if there’s a best friend lover bond, this is what i aspire to have. I won’t go much into it because the mystery is the magic of this story but I highly highly recommend this book to anyone.

Moving states while still getting over the death of her father isn’t the easiest for Lake, but 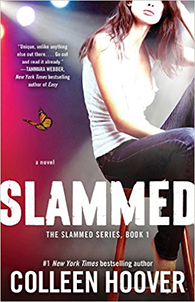 the boy next door, Will, somehow makes life easier. There’s just one little problem, he turns out to be her teacher.

It’s not one of those YA romances that has the childish element to it. Even though X is still in high school, she’s more mature than most people her age and their romance is just like any other adult romance. I don’t think you’ll ever get it until you read it but it’s almost like reading about a mature wise couple rather than just a teenager who fell in love with her teacher you know? Their romance is built on genuine terms and before they know, they’re just each other’s family. That’s one of the elements I adore about this book!

*It Ends With Us

just don’t know where to start or what to say to do this book justice. The story is beautiful and heart breaking in itself and it teaches us that love is not supposed to be this life changing thing just every time and it teaches you to stand up for yourself and do what is right no matter how difficult it is. Ryle and Lily have an instant connection and an undying chemistry but is that enough to make it work for the rest of their lives? It’s one of the realest romances- or lack of one I’ve read and I don’t have words for the amount of  respect I have Colleen.

Ugly Love follows a friend’s with benefits relationship between Tate and her sexy as hell new neighbor who is a pilot. Neither of them wants a relationship and they’re happy being friends , plus the fact that they are crazily attracted to each other. So they have sex with two rules, never ask about the past and don’t expect a future. Which they obviously can’t hold onto. Ugly Love Is one of my favorite romances by Colleen, it’s just effortless and lovely.  But don’t get me wrong, it’s not one of those epic romances (which is why i love Colleen like her books are real and not just unrealistic romance stories), Miles is broken and this book is heart wrenching and dark and just spectacular. I never felt like i was living the story even though i could feel everything Miles and Tate did , and in a way i like it because it made me see the story and every time i think of it now, it’s like watching this story take place in front of my eyes. 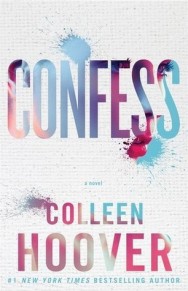 Confess is one of those stories where everything around them is going wrong and yet, their relationship instead of falling apart just gives the other the strength to get through it, and I love it. Auburn starts working at this art gallery, once in her life doing something just for herself and she cant help but just fall head over heels for this artist who paints people’s anonymous confessions. But their relationship is far from simple , and Owen’s secret just might shatter everything they have.

Colleen has your heart in her hands from the beginning and boy is she gonna break it with her drama and loss and love. The book is heavy and kinda dark but their connection and love makes up for everything else.

Every year. One day. November 9. That’s all they ever see of each other but that’s enough to make them fall in love. There’s hardships and heart breaks, will they be able to make it work? Ben and Fallon are both sweet, funny and entertaining characters and i am absolutely in love with this plot line, like where does Colleen even get these ideas from? Just some where i never really felt connected as much or immersed as much into the story so this might be my least favorite book by her.

Boy was this trilogy a freaking ride. Let me tell you one thing, you don’t know what happens or how Charlie and Silas just lose their memory . But it’s a treat seeing how everything is slowly pieced together to make their story and it’s even more of a surprise to actually know what happened. They have been best friends since birth and lovers since they were fourteen, but something happened and neither of them can remember the other , their only connection being, neither of them know what happened.  I loved the story and how they unravel thing but the ending let me down a bit.

Too Late is brilliant! Its about Sloan who is in a toxic relationship with an asshole and a

drug dealer but it was never ‘love’- until this dude sits next to her in class and they have this instant connection. But Carter was there on a mission, to find a bad man – and that man turns out to be none other than Asa, Sloan’s boyfriend. There’s action and love , this book is dark and scary even for Sloan who can’t leave Asa because she won’t be able to take care of her brother who needs special care other wise. It’s frustrating, Sloan was frustrating some times while she won’t not stay with Asa but her fears weren’t wrong and Asa wasn’t an easy man to leave (not for the right reasons of course). But her and Carter make it in the end, and it’s pretty heart warming and easy- like just two people who are made for each other being together, you know.

So she’s just come up with this but it’s basically a continuation of Maybe Someday, following Ridge, Sydney, Maggie, Warren and Bridget and the prologue and chapter was enough to bring me to tears.

She’s also got songs for her books with Griffin Peterson as the singer, and if you want something along with the books to make you cry (highly recommended) ,

If you haven’t read a CoHo book yet , what have you been? If you have read, what’s your favorite book by her?

Leave a Reply to Panic At The Bookstore Cancel reply